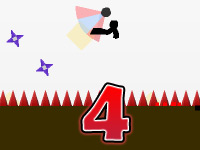 Play Vex 4 Game Online at Vex4.org. Vex 4 is latest version of this addicting Stickman game series. Vex 4 brings back the stick hero and it is even better now in this game. You can slide, climb, jump or run so that you can reach to the victory in the action packed and thrilling adventure game regardless of your age. To win, you should have what it takes to beat all the 25 levels. If You Want Desktop version Go ocean of games to Download.

The hotkeys that are used in this game are the same as these that are used in the old models of the game. You may choose to play using W, D, S or A keys and arrows keys also work to direct the stick figure hero in a direction that you wish him to take.  You may also press at the M key in order to mute the music of the game and other sounds effect. You may also do it at the option panel.  Other keys that can be used are L, K and J in order to activate some power-ups which may be bought from the game shop.

The game has 25 new levels or new acts that have to be completed. With every act, you will have to collect as many stars as you can. Such stars are going to give the character that you have chosen the score points and it will grant you to get in-game cash. The cash can be used to buy the power-ups and items from the shop. You should keep the eye out to get the stars whenever you can.  There are some stars that are not that easy to get. 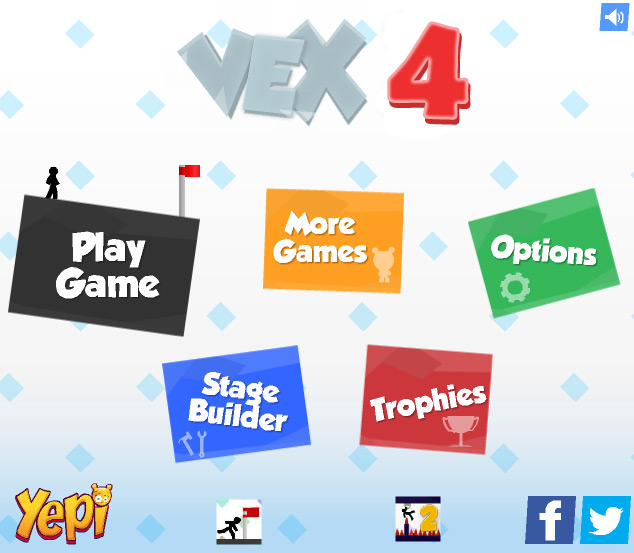 Vex 4 has new features that you can only find in the Vex 4. There are new power up and many new items which you can use to buy things and to boost the stick man hero. There are some power-ups in terms of the power jumping shoes and speed boosters. There are simple items that can make you to customize the appearance of the characters like a rocking hair do, different color shirt and cute hat. you Can Also try Spider Solitaire